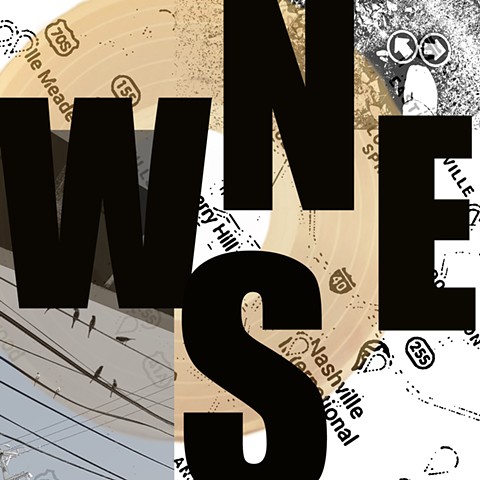 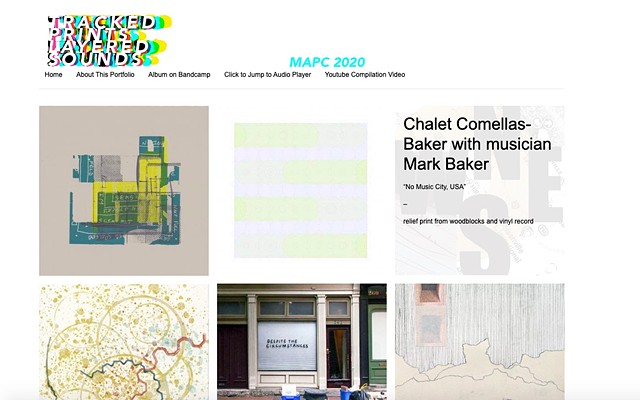 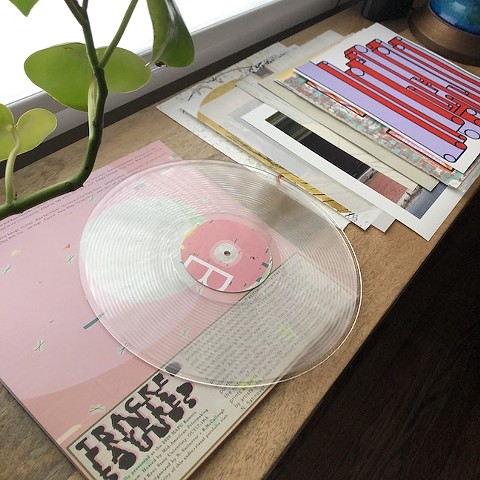 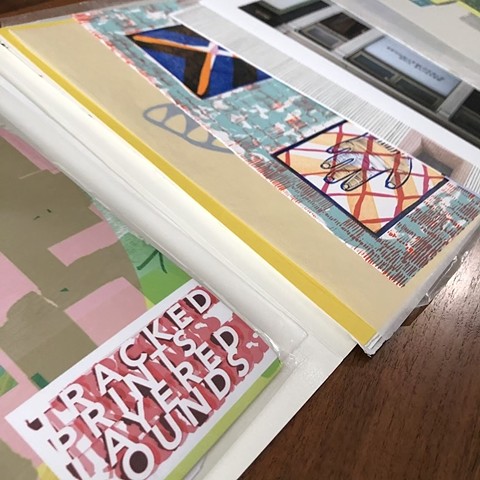 No Music City composition of field recordings, 2m44s relief print from woodblocks and vinyl record edition of 18 2020 Listen on Bandcamp

Tracked Prints / Layered Sounds A Print Portfolio Exchange Project created by Nick Satinover and Ry McCullough as small_bars The sound file and print edition that I have contributed for this portfolio captures the layered qualities of image and sounds existing within the biophony, geophony and anthrophony (animal, earth, and human) during several spring and summer days in Nashville, Tennessee, a city affectionately referred to as “Music City, USA”.

This project has been an exploration in acoustic ecology or soundscape studies, which are collections of data mediated through sound, between human beings and their environment. I began developing the idea for these layered sound recordings in the spring of 2019 to to abstractly communicate ideas about the impact of urban development and how it is contributing loss of habitats for both native and migrating birds. I had begun working on the structure of the composition well before the pandemic hit, and my plan was to visit several Country Music tourist attractions in Nashville and record bird song in the area while capturing the live music playing distantly in the background. When Nashville was faced with the safer at home order I optimistically told myself that at least I would have some uninterrupted time to work on my sound projects; however, as the time we were asked to spend at home lingered on, the streets of the city became more and more empty, and at that point a new theme began to emerge. It seemed that in the absence of live music the sounds of the animals, earth, and city became more amplified… no Music City.

Five sound clip stems were recorded at locations near my home base in East Nashville, the Musician’s Hall of Fame, Third Man Records, The Bluebird Café, and The Grand Ole Opry. The Opry revealed the strongest analogy of nature taking center stage; as I was able to capture the sounds of a gaggle of Canadian Geese that set up camp under a tree in the vast empty parking lot, as they bathed in a pothole filled with rainwater. The sounds layer, loop, and repeat in a composition that leaves the listener to wonder what is real and what is imagined in this new acoustic landscape.

The print edition to accompany this audio file is a digital print comprised of several layers: the first, a gold record to reference Nashville’s history of music and recording, followed by a few images of me in the cityscape taking field recordings. I placed these transparent layers atop a map of Nashville taken from E-bird, a crowd-sourced birdwatching data collection website hosted by Cornell Ornithology Labs.