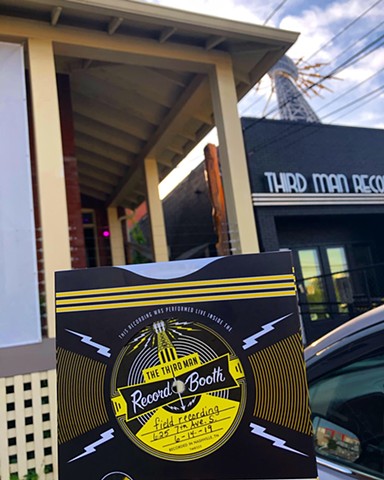 "36.1627 degrees North, 86.7816 degrees West" is the first in a series of field recordings that I am creating at Third Man Records here in Nashville using their refurbished 1947 Voice-o-Graph Recording Booth. There are only two of these booths in the world, and it records up to 2 minutes of audio onto a one-of-a-kind 6" phonograph disc. I plan to create 9 disks from notable live music venue sites around Nashville to create a sound map that charts the decline of native bird populations in the area.